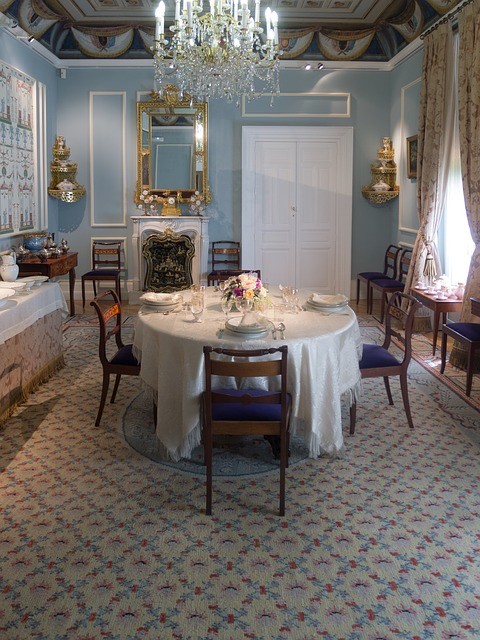 When you’re stuck with a room that’s too small, it can feel claustrophobic just looking inside of it, never mind spending actual time there. However, as a homeowner, you simply can’t afford to neglect an entire room just because it doesn’t fit your standards. You also shouldn’t have to. If you’re working with a room that seems too small for comfort, there are a number ways you can bring it up to scratch by employing a few visual tricks. You can move things around to make the space roomier, use certain color schemes to emphasize a ‘cozy’ vibe or use texture to give the space a bit more depth. One of your greatest allies in the fight to create a larger-seeming space if your carpet. If you choose the right carpet for a smaller room, you can open up the space in no time, creating a much larger-seeming room that you’ll no longer have to avoid. If you’re looking for a way to open up a room with a new carpet, here are a few things to try out.

No one wants to spend time in a crowded, uncomfortable room. But there’s no reason that a room has to stay feeling crowded even after a serious decluttering session. When you’re first thinking about choosing a rug for your space, consider installing a wall-to-wall rug creates a sense of unbroken visual intake. When you first look into the room, you’ll see a broad stretch of carpet on the floor, tricking your eye into thinking there’s more space than there actually is. Using this tactic can also help you have a bit more freedom with furniture placement. If you’re worried about the cost of upkeep for a wall-to-wall rug, don’t fear. There are plenty of trusted services like Chesapeake carpet cleaning that will get the job done quickly and easily a few times a year.

Place Furniture On Top, Not to the Side

While you might not feel like there’s room to give each piece of furniture the amount of space it needs to stand out, choosing the right carpet can help out a lot visually. For smaller rooms, you won’t want to place furniture against the wall, especially if the room already has a claustrophobic, hemmed-in feeling. Instead, employ a large area rug and place furniture on top instead of at the borders. This might mean using less furniture overall, but it will also create the illusion you want while freeing up a ton of space in the room for lamps, light fixtures, and other small appliances you can use to give the space more character.

Use Color and Texture to Your Advantage

Your choice of color can go a long way when it comes to a room that’s starting to feel cramped. Certain colors, like cool blues and bright yellows, can give a feeling of expansiveness to even the smallest rooms, while darker colors can end up creating a sense of smallness. You’ll want to stay away from rugs that too flat or matte. Instead, choose a style that has undertones and shading. Giving the appearance of texture will create the sense of a larger space. If your rug of choice already has built-in texture, you’ll want to choose a light color in order to emphasize this. Whatever you do, don’t go for a plain, flat rug in a single bold color that’s going to end up taking attention away from the overall space. The goal here is to create a sense of variety without breaking continuity. Any rug that’s a bit too overstated runs the risk of ruining that effect.

When it comes to patterns, bolder is better. Of course, you don’t want to go too crazy. But if you’re trying to create a larger space, you’re going to want to take a second look at some of the bolder patterns you might have ignored off the bat. For instance, stripes can elongate a room instantly, creating the appearance of a larger, wider space. Other bold designs can also help enlarge a room, as long as the design isn’t too crowded and is proportionate to the space itself. In other words, you don’t want to have a lot of large accents that are too crowded together on a larger or medium-sized rug. If you’re looking for a muted or understated pattern, go for something that looks like it has depth and texture so that the eye will have something to latch onto.