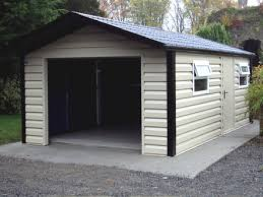 As a nation we have become more and more dependent on our vehicles and as such the demand for properties that have garages attached has also increased. These garages are used for a variety of reasons and are built in a number of different ways with a number of different door mechanism such as those you can find at anAutomatic Garage Doors Letchworth company. Here are a few facts and figures about garages that you may or may not already know.