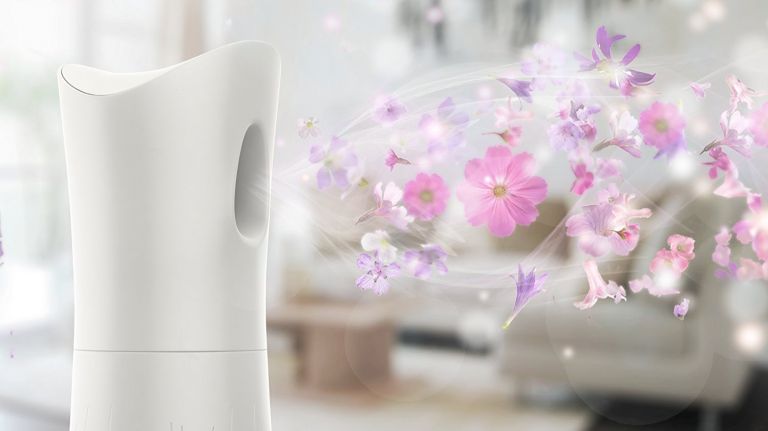 Everybody likes to walk into a room that smells good. There can be nothing more repelling than bad odor. A room that smells good is welcoming as well as comfortable. In order to smell fresh and clean, a room should have a natural air circulation.  However, the present day construction of residential as well as commercial spaces that is planned keeping space scarcity in mind ends up compromising on natural ventilation in the buildings. In this regards, air fresheners have been the best thing to happen to the modern city life.

Air fresheners come in different forms namely spray bottles, diffusers and solid moulds of different sizes. The best air freshener supplier in India are rapidly filling up the markets with myriads of fragrances to choose from. Just one spray and your room or car smells and feels like a luxury nook. However, some of the recent research on these products revealed some of the hazardous aspect that can lead to some of the most dreaded health conditions. Certainly it’s a major heartbreaker of a news piece! So let’s scratch the skin and delve a little deeper into this matter.

So What Makes Air Fresheners Lead To Health Hazards?

A recent study revealed that air fresheners have been labeled as toxic; however, they have not been completely banned. Now, the question raises that if it has been proved that air fresheners are toxic then why they are not banned. Well, the answer to that is lack of proper evidence to completely rule away these products from the markets; however, some chemicals used in the formulation of these products are under a very tight scrutiny of toxicologists.

Here is a list of chemicals that you should watch out for which picking your room freshener:

Formaldehyde: The most dangerous and carcinogenic chemical that get released with every puff of a spray bottle or electric air freshener which amounts to an emission of 17 percent of Critical Exposure Limit which together with other household products such as furniture polish and cleaning products used in the house can exceed the limit of 34 percent of CEL within a matter of just 30 minutes. This may lead to severe repercussions for people who are already asthmatic, expecting mothers, infants and kids. However as per World Health Organization, formaldehyde is already present in the houses in wall paints, varnishes used in furniture, resins found in plywood, cleaning products and also in some of the cosmetics we use and are labeled safe to be used in spaces that have normal ventilation.

Volatile Organic Compounds: Now, this calls for special attention as regular exposure to chemicals such as aceton, d-limonene, acetate, pinene and ethanol can actually lead to severe damages in kidney, liver or even neurological disorder. The answer to this is again proper ventilation.

These apart, other hazardous chemicals such as phthalates, 1,4 dichlorobenzene and allergens that cause severe repercussions on expecting mothers and people with allergies. 1,4 DCB is said to be lethal for lung function.

Firstly, stop panicking. These chemicals are present most of the fragrance products used inside the houses or cars. Hence, it is not an absolute immediate requirement to throw away all your air fresheners in a moment of desperation. Also there are many air freshener manufacturers who make absolutely organic and eco-friendly products. In order to identify them, all you need to do is to learn to read the labels of the product you buy. And the most non-bargained and non-negotiable bottom line of all this is a proper ventilated atmosphere.