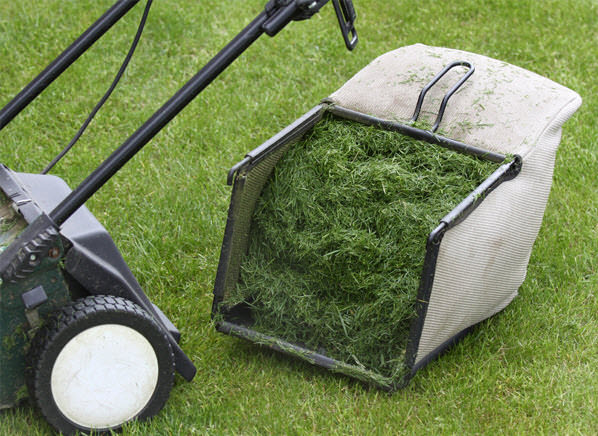 Grass clippings are often regarded as a nuisance particularly during the spring and summer months when lawns can grow at a prolific rate. However, with a composition of 4% nitrogen, 2% potassium and 1% phosphorus they are actually a remarkable source of nutrients that can be used to the benefit of the garden.

Lawns that are closely trimmed at regular intervals of once or even twice a week will produce very short clippings that can be safely left in situ. They will quickly decompose back into the soil where they’ll release their nutrients leading to a greener, healthier lawn. Long grass clippings are best swept up as they will take too long to decay and will only serve to stifle the roots of the lawn but they can still be put to good use.

Adding them straight to the compost heap or bin is a quick way to dispose of them. Grass clippings contain up to 80% water which means that to make effective compost they have to be layered with woody plant material such as twigs or tough stems from perennials such as phlox. In a busy garden there’s never a shortage of any type of compostable debris.

If the grass clippings are short they can be spread in a thin layer around the borders under shrubs and trees where they will act as a slow release fertiliser while they decompose. If they are much longer clippings the high water content can have a detrimental effect because it will encourage mould and fungi and take too long to rot. A better solution is to allow the grass clippings to dry out for a day or two in a sunny corner of the garden before being used as a drier mulch similar to bark chips.

Hungry vegetable plants particularly crops such as lettuce and cabbage are always in need of surplus nitrogen. Use the dried grass clippings as a mulch or alternatively, spread the clippings in a thin layer and lightly fork them into the top inch or two of the soil surface.

One of the simplest ways to compost grass clippings and any other plant debris or kitchen waste, is to simply dig small holes of roughly six to eight inches deep and bury them in amounts of about two large handfuls. When digging in the same spot just a week or two later they will have completely vanished thanks to the earthworms who have processed them and released all those nutrients into the soil.

To make a liquid feed that is useful for houseplants, place the grass clippings in a bucket to a level of about two-thirds. Top up with water, cover with a lid then leave them to soak for a week before straining the liquid off and burying the remaining debris. Lawn experts Greenvale have plenty of solutions for every aspect of grass care.