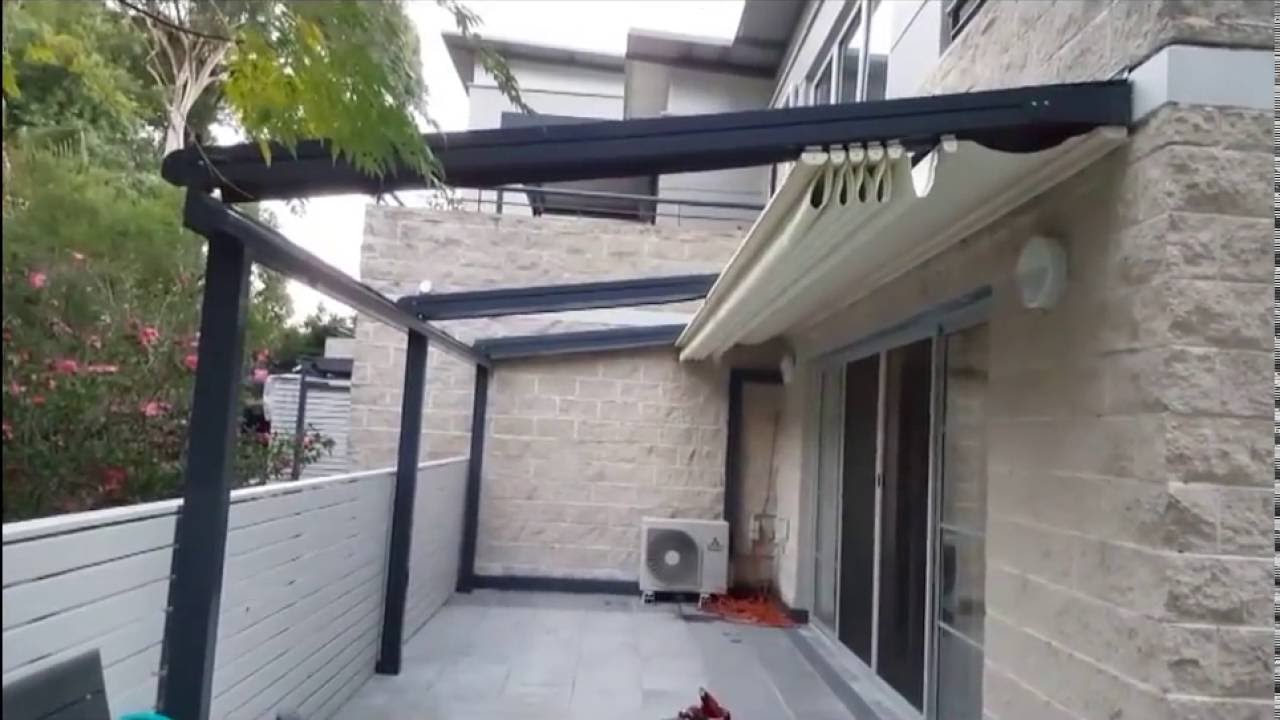 One sunny day, I was sitting in my patio when all of a sudden it started to rain. I quickly grabbed my lunch and hurried inside. I thought, “Well that’s the weather for you!” I looked up at my pergola and thought that there must be a solutionfor times like this. I plan to host several gatherings, so I needed to find some type of covering.

I went online and searched for coverings. It came up with do-it-yourself curtains. I didn’t want to make something. I wanted it to be automated. I didn’t want to have to run to close a curtain of some sort. So, I did another search, but this time entered, “retractable roof systems“. A few videos came up and I thought, “That’s perfect! That’s what I’m looking for!” I wanted a system that included a remote control as well as a switch inside the house. There were so many to pick from. Various systems had different colors and options. I browsed through numerous videos and in doing so, enticed me, even more, to get one installed as quickly as possible. I wondered if I wanted the covering material to be soft or rigid. I called an expert and scheduled an appointment.

A few days later he arrived with a brochure of what they offered. He also brought along samples of the materials used for the cover. He asked a few questions about what features I wanted. I wanted it with a remote control. He said all of their systems come with an option to add a remote. He suggested that the newer models came with an app. I can control the system using my phone without having the need for a dedicated remote for it. He then pointed to a section in the brochure he brought. “These are our newer systems that include an app. You can also integrate these to your security system, that way you won’t have a blind spot. We also have clear material to use for the covering, if you like. Now if you want a dedicated remote, we can provide that too, no problem!”

He showed me a picture of a remote that looked like a hand-held command center. It had a screen where it showed you whether or not the roof was engaged or not. It showed you options for the direction of the cover and how open you wanted it. I was really impressed. He walked over to my pergola and did a demo on how they would install it. He went over to the door and said, “We can also add one there. It’ll retract and fold itself discreetly, so you can still have sunshine on sunny days.”

An hour later, I thanked the man and said I will call to schedule an appointment for the installation. He handed me his business card and said, “Because of the quality of their product, you won’t hear a thing when using the system.” I said, “That’s great!” He drove off and I stood there imagining what it’ll look like once the installation was complete.